Catching Up with Julie Angus 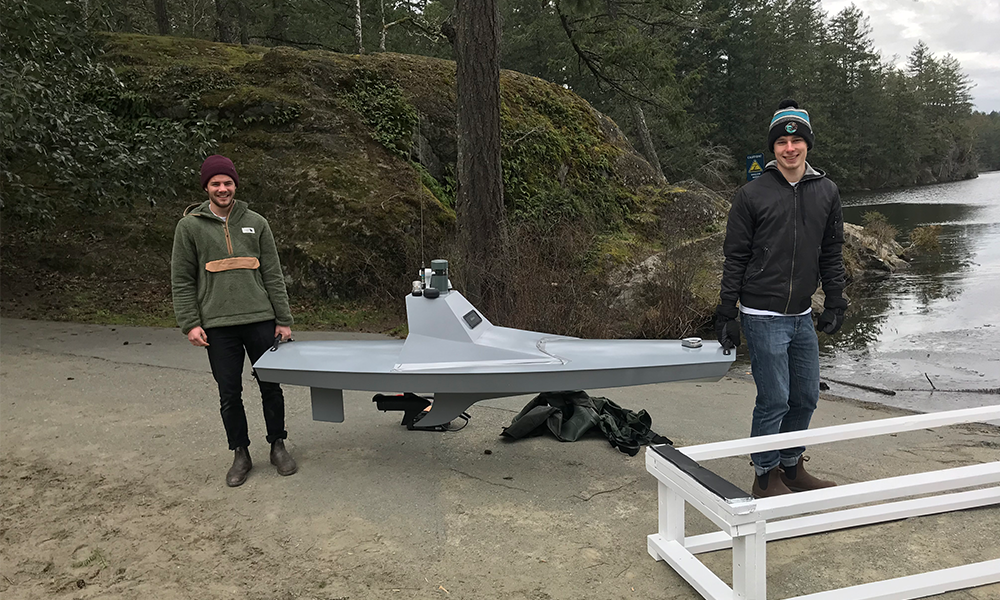 What technology challenges have you faced over the past few months and what steps have you taken to overcome them?
A big focus for us has been developing the communication systems and live-stream video feed for our autonomous boats. Our solar-powered boats can travel both in coastal waters and far offshore, which means that, at times, they will be in areas with cellular coverage but often they won’t. So, we needed to create a system that would allow them to seamlessly transition to satellite coverage, allowing continuous communication wherever they are.
As far as we know, this is an industry first, and our autonomous boats are unique in having both 3G/4G cellular and satellite telemetry. This is an enormous advantage, enabling us to utilize the high-bandwidth and low-latency of LTE communications near shore to stream live video from our 360-degree cameras and transmit real-time ocean data, as well as use two-way satellite communication when we’re offshore.
Our water trials were a success, demonstrating effective control of our boat from a remote computer using a joystick and live cam feed running through the cellular network. This means a remote operator can pilot the boats anywhere in the world (where there is cellular coverage), as though she were in it. An operator in Toronto can essentially be transported to a boat in Hong Kong harbour, navigating the boat through busy waterways, guided entirely by the cameras.
Our boats also have a unique a cellular two-way hailing system that allows us to have conversations with other boats or people it encounters.

How do you like juggling business issues (IP, hiring, governance, etc.) with technology development?
Sometimes it feels overwhelming. There’s so much to do, and so many hats to wear, from filling out grant applications to recruiting staff to attending conferences to building partnerships. But I’ve discovered that making a list, prioritizing and setting the appropriate deadlines makes it more manageable and I’m able to get everything done.

What were some highlights of the past quarter?
I’ve really been working on better understanding the local maritime and cleantech community, as well as the people who will eventually buy our boats. I attended the Western Innovation Forum in Vancouver, which focussed on bringing together companies working in the marine and aerospace defence sector, and met a number of large international defence companies during the B2B meetings. It was rewarding to see how enthusiastic they were about our technology and the multiple applications they envisioned for them. This has opened up several doors and we’re exploring a partnership with a major aerospace company. I also attended the #BCTECHSummit and the Ocean Supercluster meeting, both of which are helping me better understand and become a part of the community.

What will you be focusing on achieving in the next three months?
We are currently developing our photovoltaic array and battery storage systems, as well as completing our satellite communication systems. At the same time, we’ll be manufacturing our first prototype boat in composite in partnership with Camosun College’s Technology Access Centre and the University of British Columbia’s Composites Research Network, which allows us to benefit from extensive expertise and equipment at these institutions to create a boat that is ruggedized and able to endure all ocean conditions.